Findings of Misconduct by a Then Deputy Assistant Attorney General for Misuse of DOJ-Issued Computers and for False Statements.

“This report describes the investigation by the Department of Justice (DOJ or Department) Office of the Inspector General (OIG) into the creation, storage, and handling of certain memoranda (Memos) written by former Federal Bureau of Investigation (FBI) Director James B. Comey.” 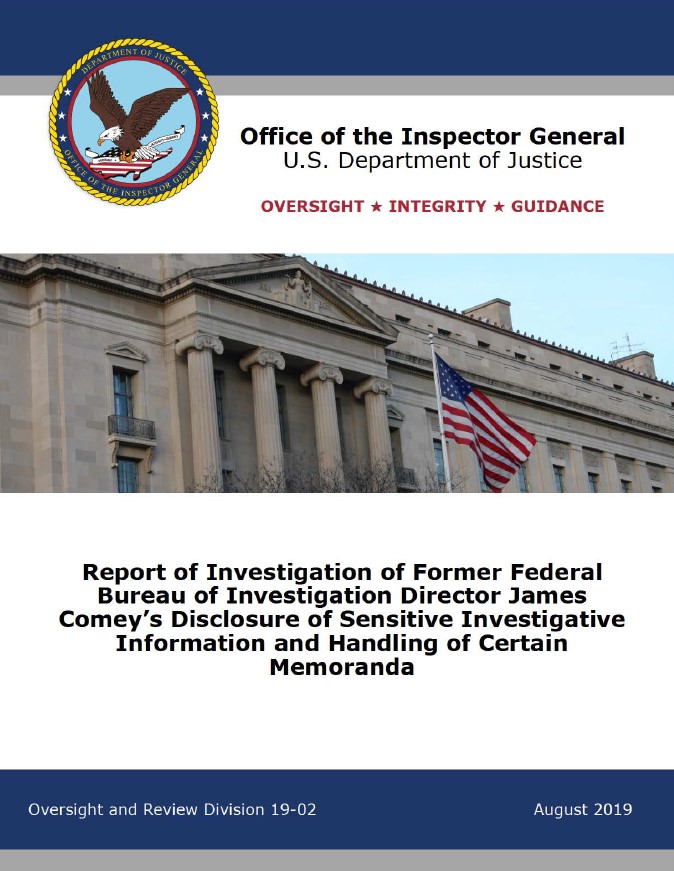