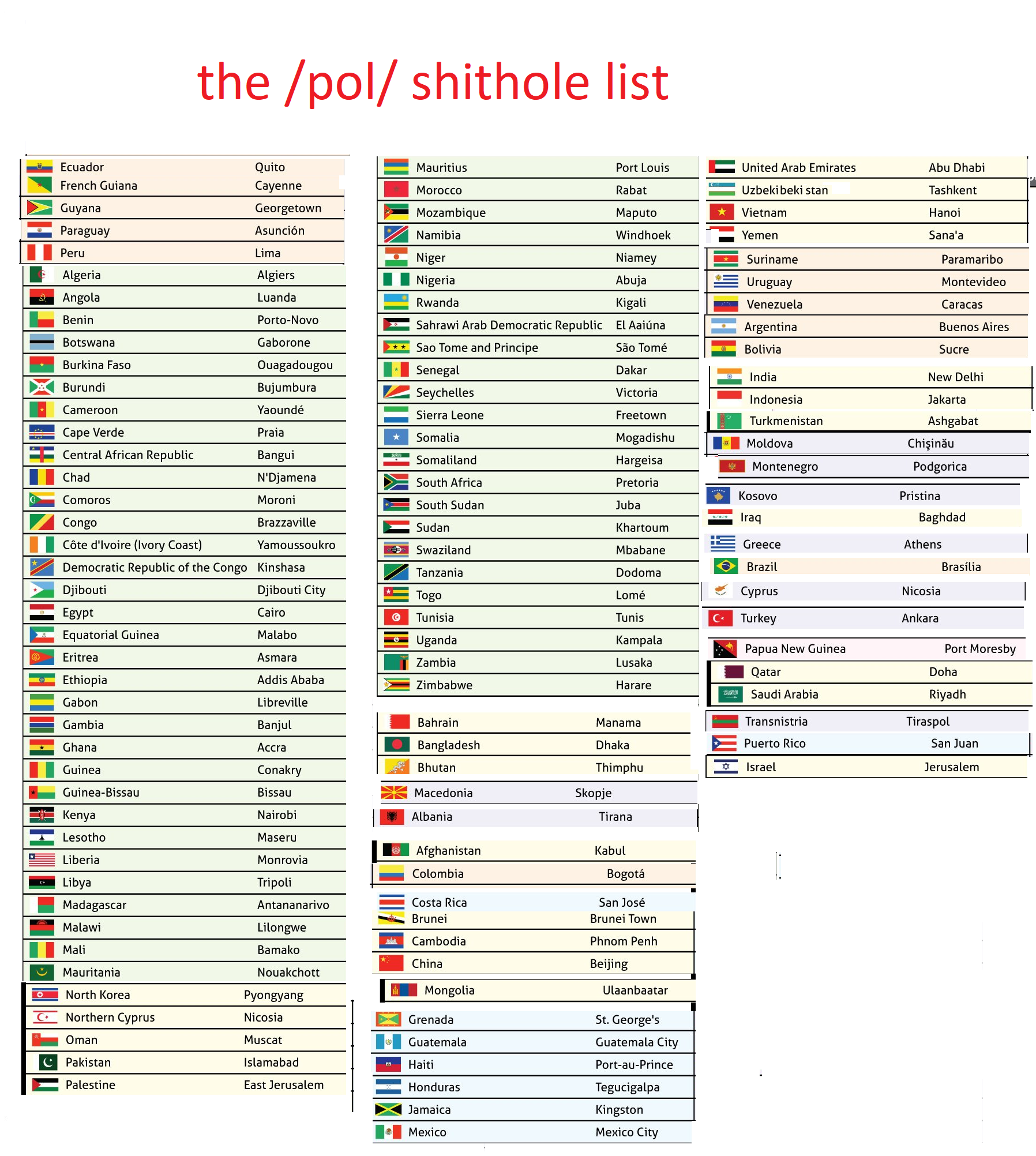 Joseph Goebbels On The Jews

“Everything is discussed openly in Germany and every German claims the right to have an opinion on any and all questions. One is Catholic, the other Protestant, one an employee, the other an employer, a capitalist, a socialist, a democrat, an aristocrat. There is nothing dishonorable about choosing one side or the other of a question. Discussions happen in public and where matters are unclear or confused one settles it by argument and counter argument. But there is one problem that is not discussed publicly, one that it is delicate even to mention: the Jewish question. It is taboo in our republic.

The Jew is immunized against all dangers: one may call him a scoundrel, parasite, swindler, profiteer, it all runs off him like water off a raincoat. But call him a Jew and you will be astonished at how he recoils, how injured he is, how he suddenly shrinks back: “I’ve been found out.”

One cannot defend himself against the Jew. He attacks with lightning speed from his position of safety and uses his abilities to crush any attempt at defense.

Quickly he turns the attacker’s charges back on him and the attacker becomes the liar, the troublemaker, the terrorist. Nothing could be more mistaken than to defend oneself. That is just what the Jew wants. He can invent a new lie every day for the enemy to respond to, and the result is that the enemy spends so much time defending himself that he has no time to do what the Jew really fears: to attack. The accused has become the accuser, and loudly he shoves the accuser into the dock. So it always was in the past when a person or a movement fought the Jew. That is what would happen to us as well were we not fully aware of his nature, and if we lacked the courage to draw the following radical conclusions:

1. One cannot fight the Jew by positive means. He is a negative, and this negative must be erased from the German system or he will forever corrupt it.
2. One cannot discuss the Jewish question with the Jews. One can hardly prove to a person that one has the duty to render him harmless.
3. One cannot allow the Jew the same means one would give an honest opponent, for he is no honorable opponent. He will use generosity and nobility only to trap his enemy.
4. The Jew has nothing to say about German questions. He is a foreigner, an alien, who only enjoys the rights of a guest, rights that he always abuses.
5. The so-called religious morality of the Jews is no morality at all, rather an encouragement to betrayal. Therefore, they have no claim to protection from the state.
6. The Jew is not smarter than we are, rather only cleverer and craftier. His system cannot be defeated economically — he follows entirely different moral principles than we do. It can only be broken through political means.
7. A Jew cannot insult a German. Jewish slanders are but badges of honor for a German opponent of the Jews.
8. The more a German person or a German movement opposes the Jew, the more valuable it is. If someone is attacked by the Jews, that is a sure sign of his virtue. He who is not persecuted by the Jews, or who is praised by them, is useless and dangerous.
9. The Jew evaluates German questions from the Jewish standpoint. As a result, the opposite of what he says must be true.
10. One must either affirm or reject anti-Semitism. He who defends the Jews harms his own people. One can only be a Jewish lackey or a Jewish opponent. Opposing the Jews is a matter of personal hygiene.

The fact that he shouts and complains about such a movement therefore is only a sign that it is right. We are therefore delighted that we are constantly attacked in the Jewish gazettes. They may shout about terror. We answer with Mussolini’s familiar words: “Terror? Never! It is social hygiene. We take these individuals out of circulation just as a doctor does to a bacterium.”

Key Pieces From The JFK Files 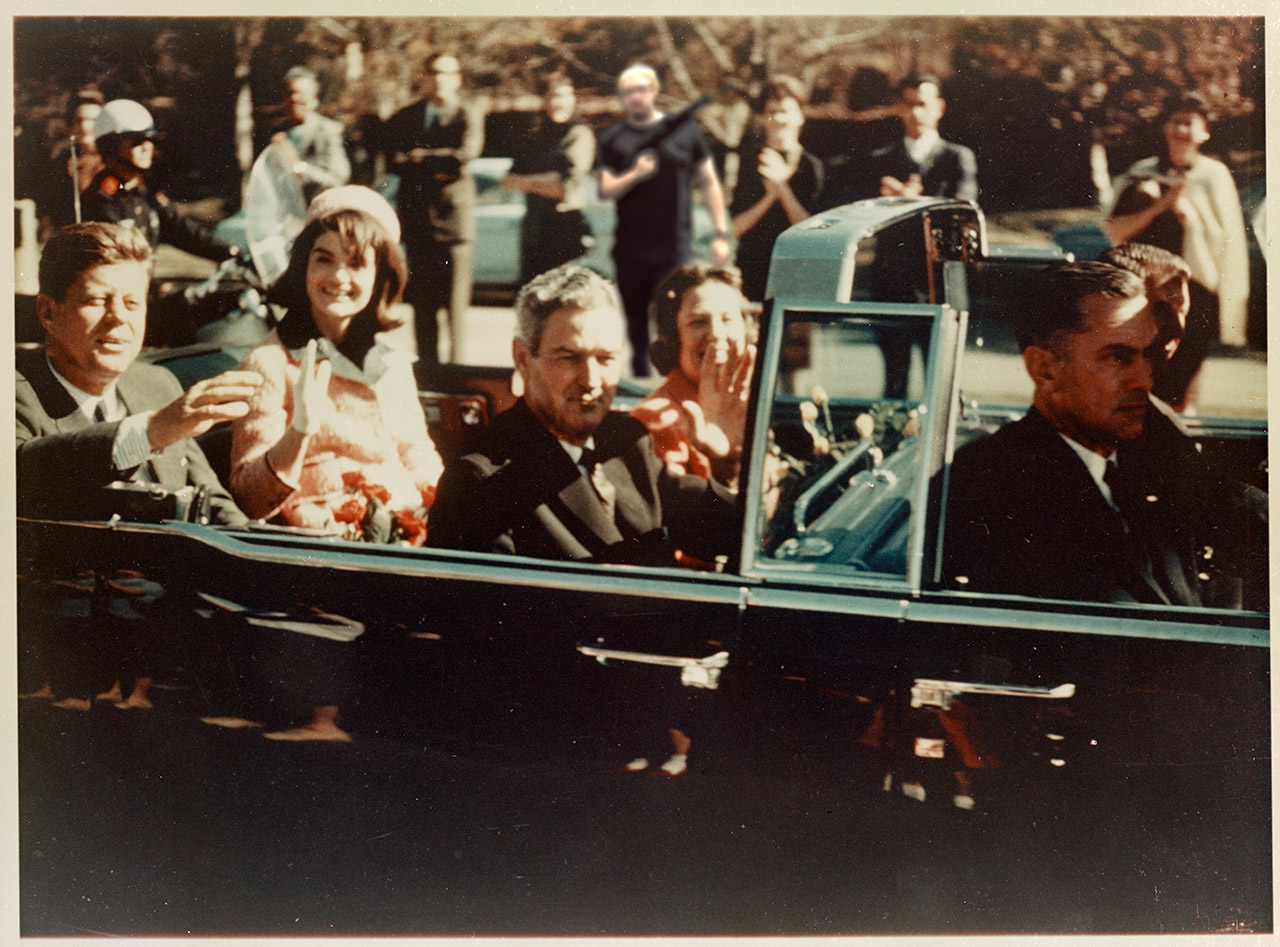 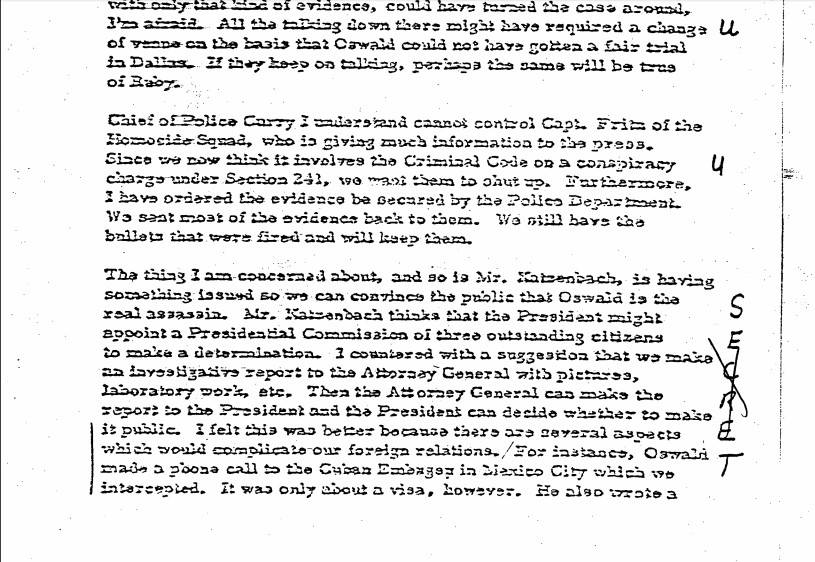 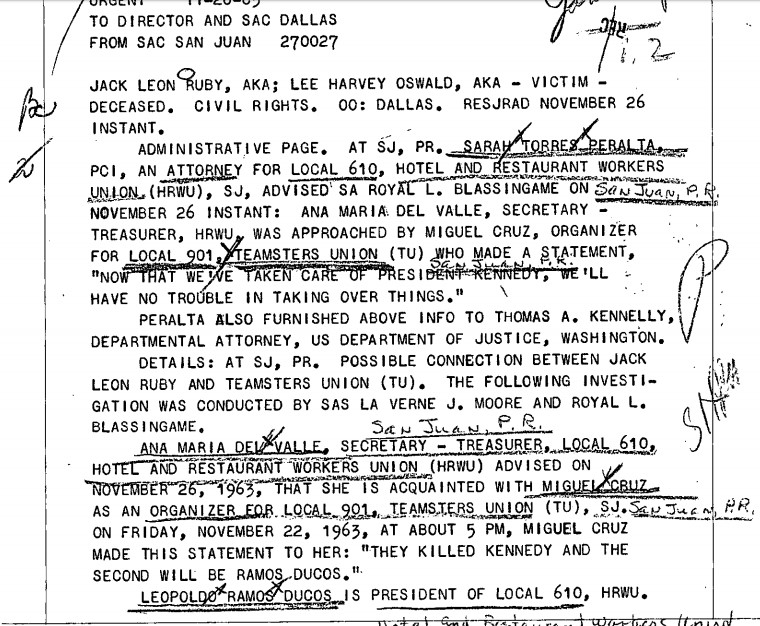 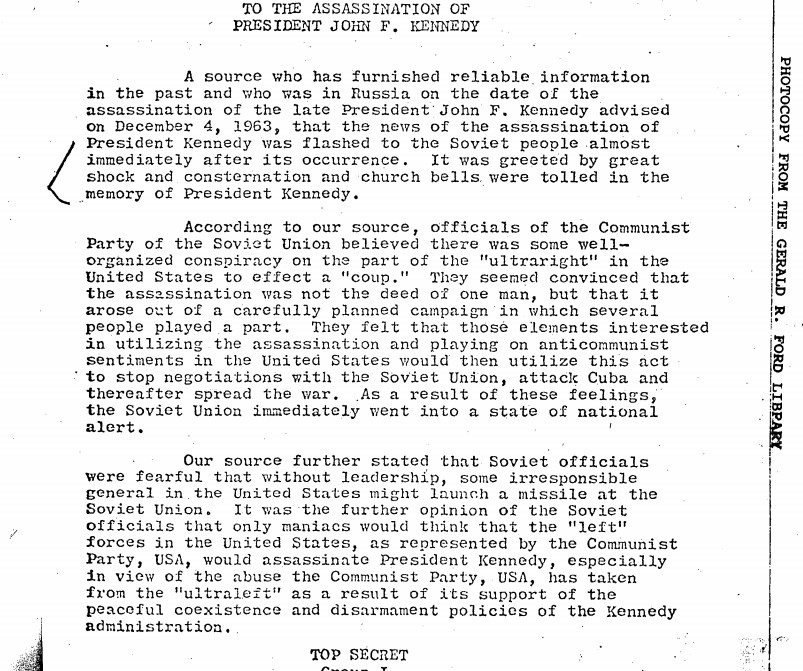 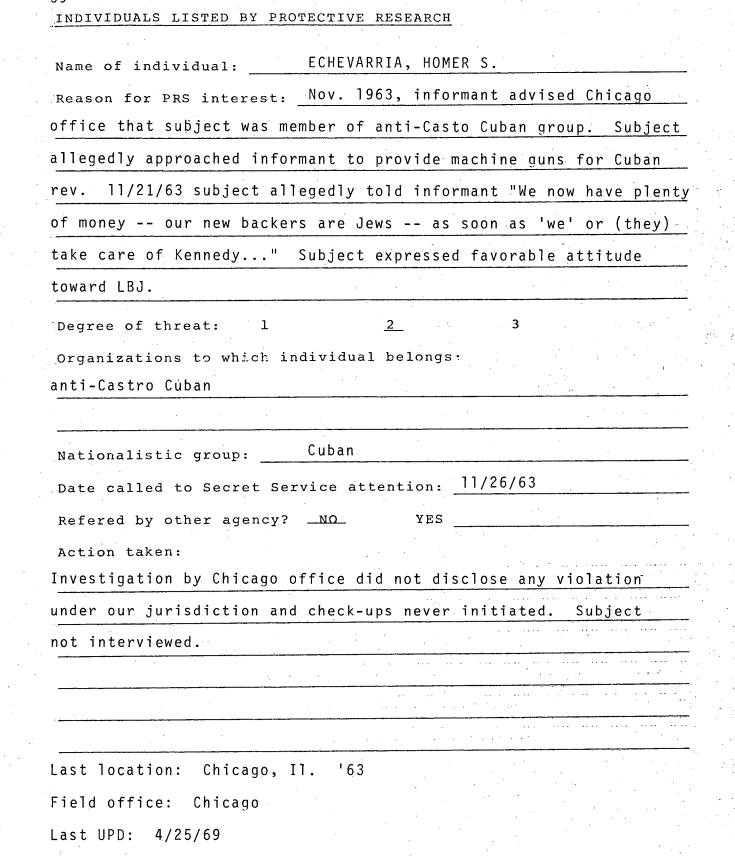 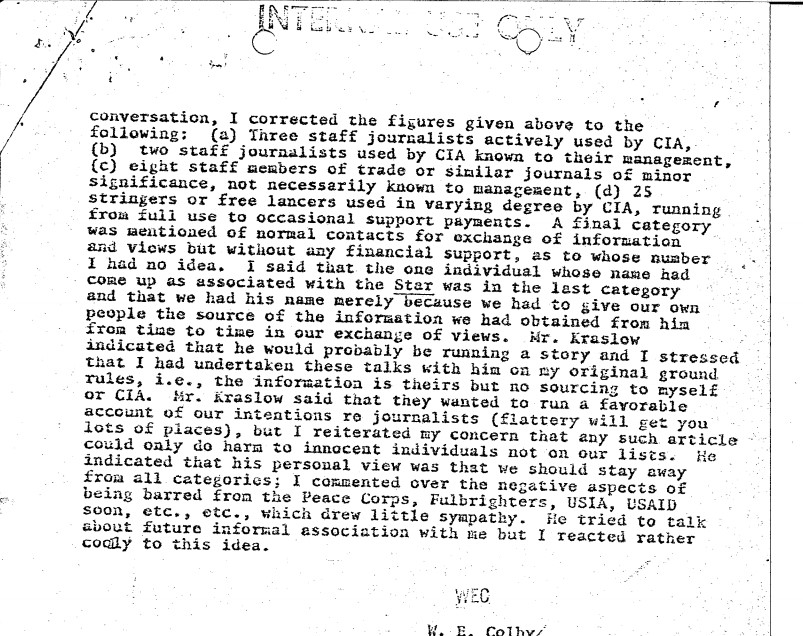 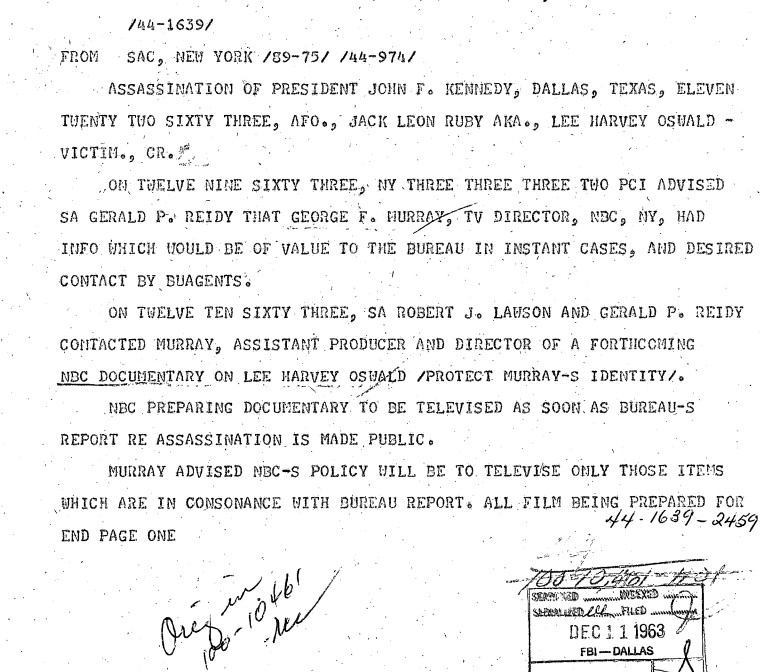 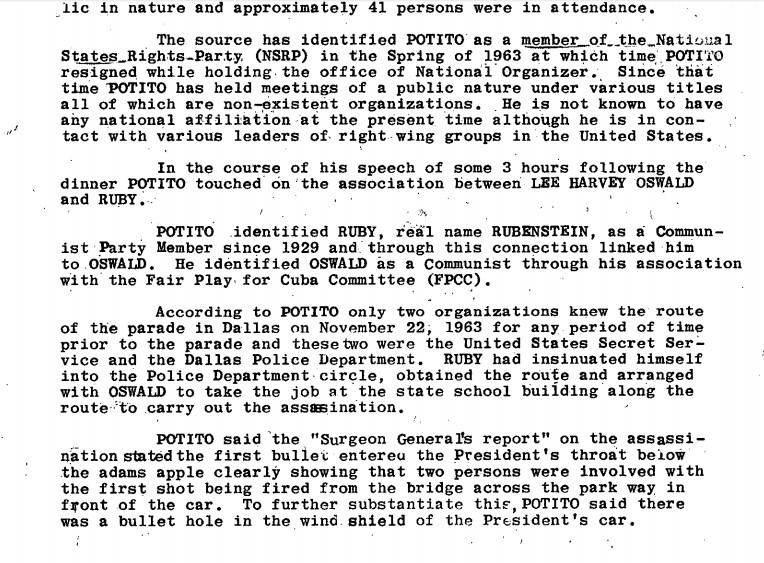 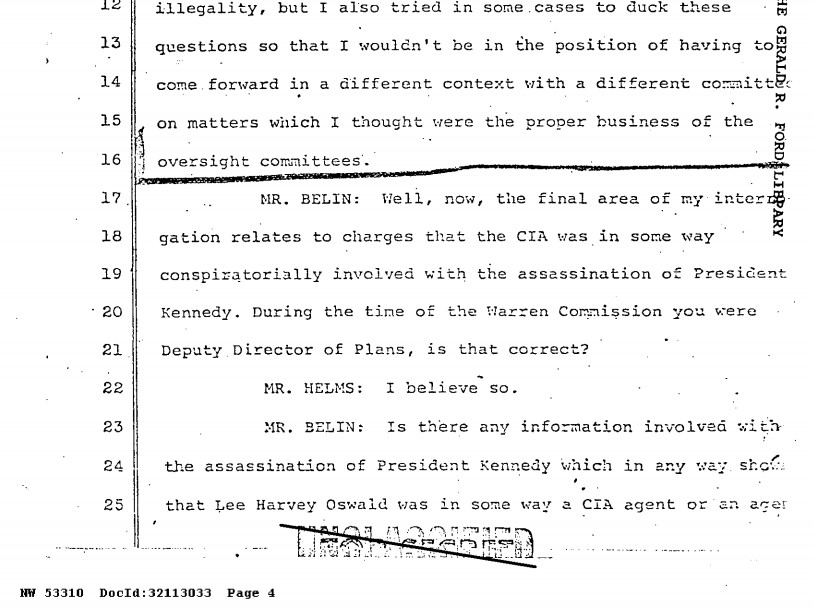 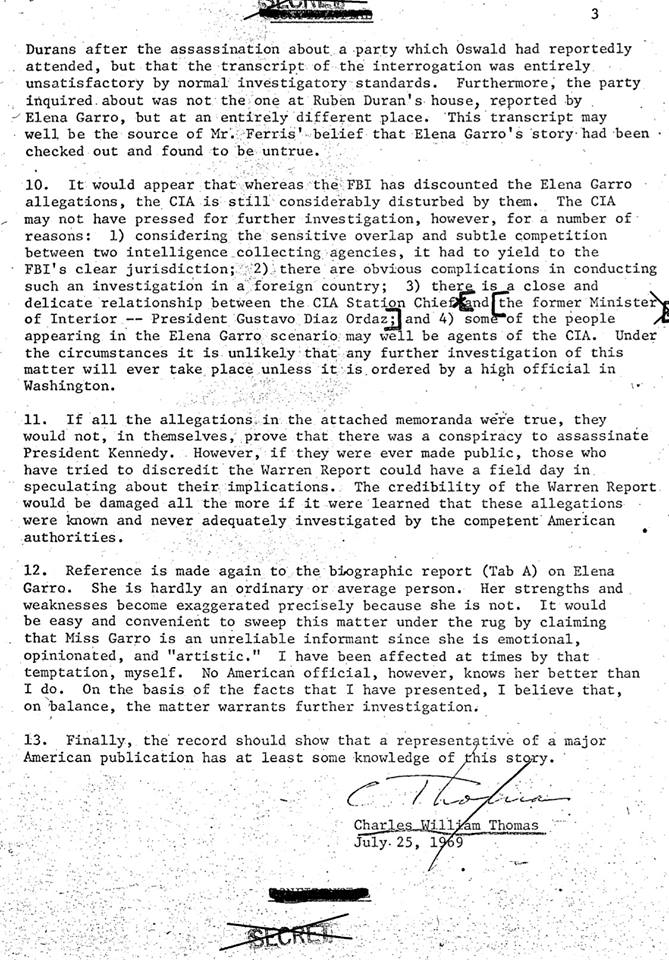 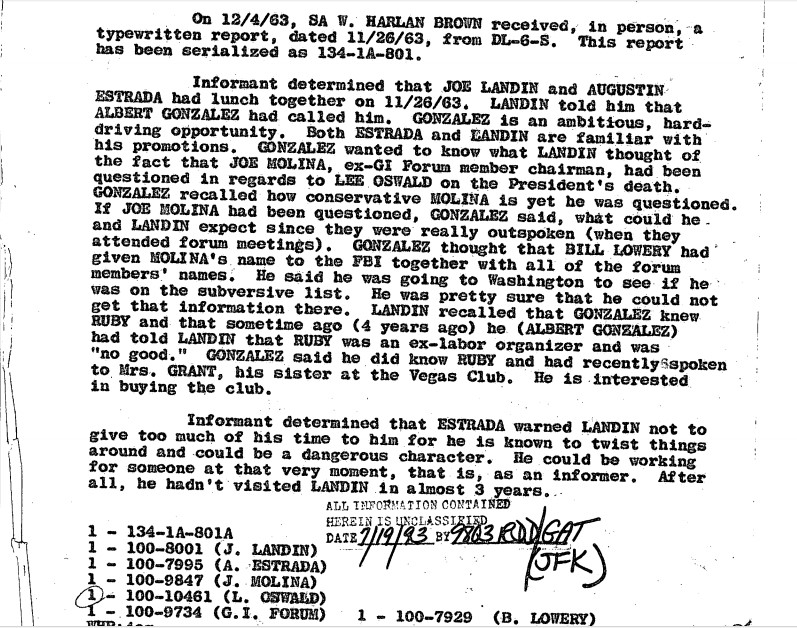 Here are the links for bulk downloading: