Did a little light digging, may very well add to this as/if more seems relevant.  Joe Biden and his son Hunter, do indeed have ties with China, and hopefully even this light digging may point that out for you. 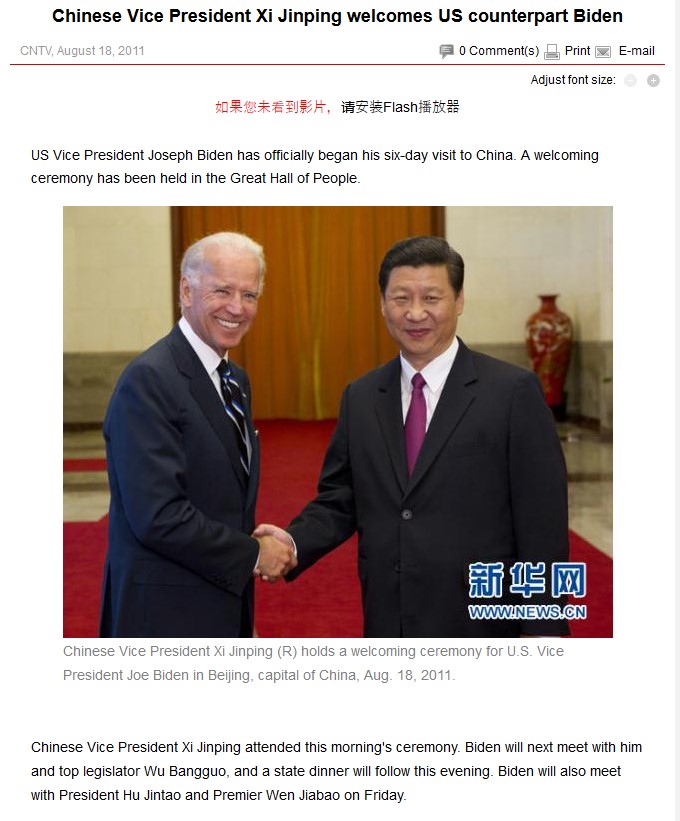 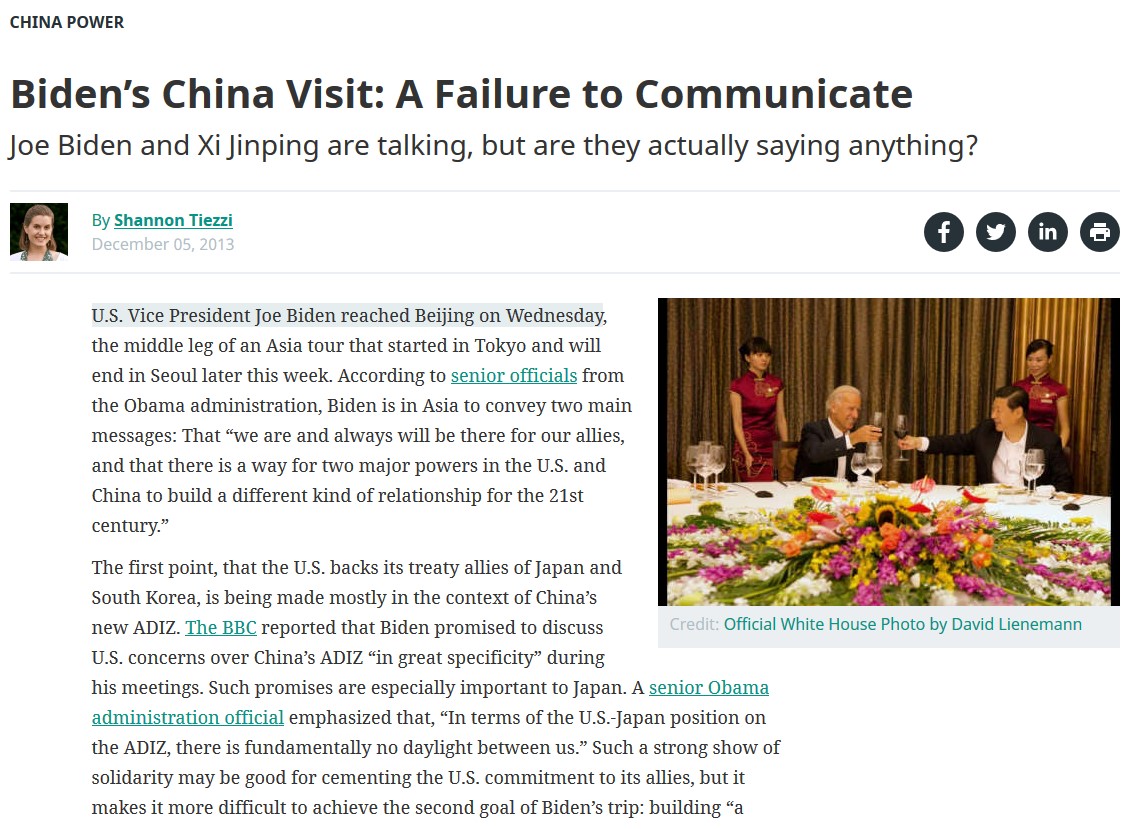 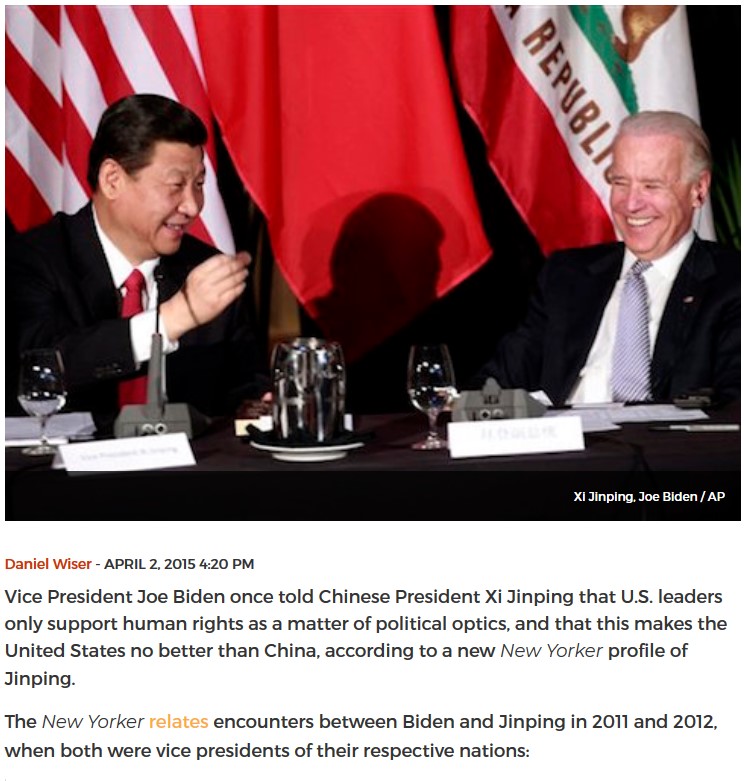 If Joe Biden says no ties, or skirts around questions, about his son and China.  He’s also bullshitting. 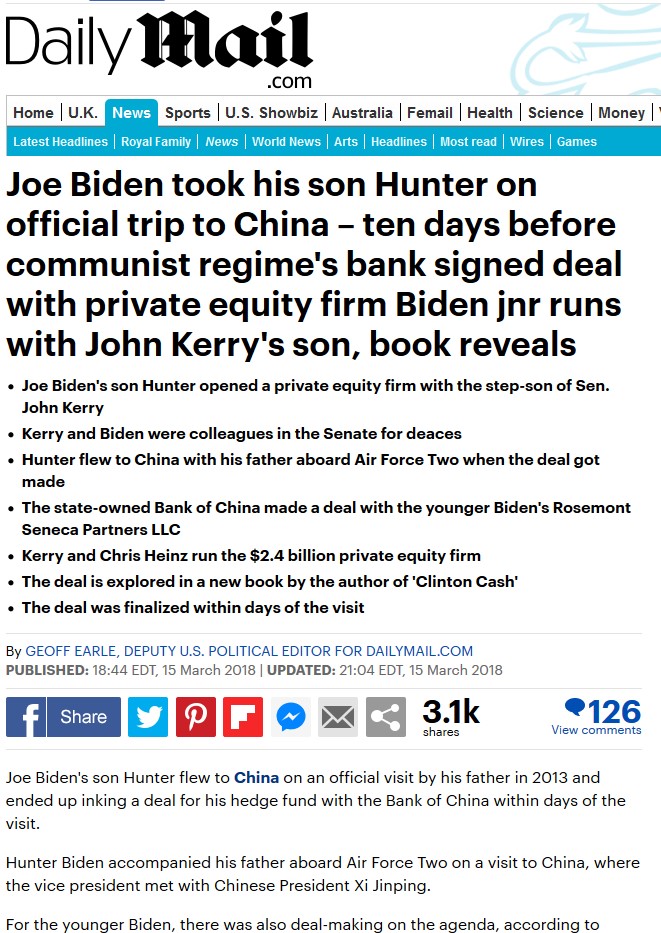 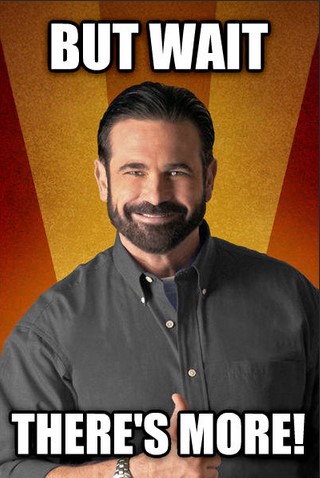 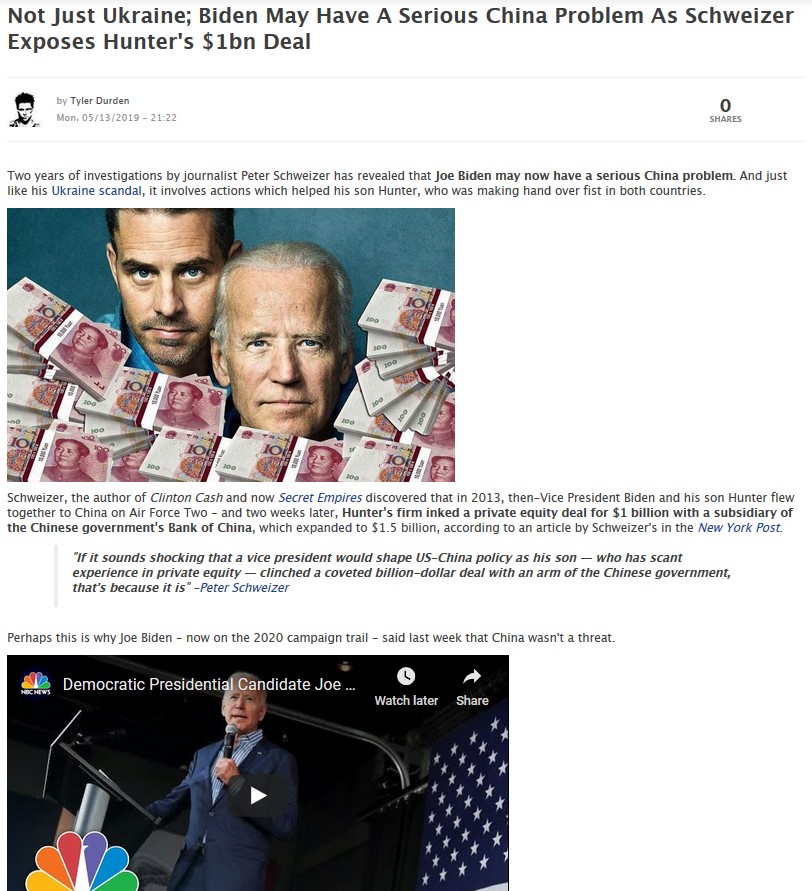 Thank you WebCrawler.com for still rocking it all these ages.

There has been recent headlines pointing to antisemitism in the United States. This has been an issue way before President Trump got elected. There is something first to point out. Many believe there is a difference between antisemitism and anti-Zionism. While antisemitism is the hatred of all Semites, anti-Zionism is more directed towards the State of Israel.  It is not so much the Semitic people, rather the means deployed to create the State.  Zionists, as most argue, make life just as difficult for the Semites, as they do for the rest of us. Jewish people are not all bad people.  I have friends who are Jews, they act nothing of the stereotypes. How did the stereotypes get started then? Something got it rolling, and it wasn’t those suffering that contributed. Yet through the actions of a few, there is a stigma on their own counterparts. “It’s the Jews!” After all they did kill Christ, didn’t they?

I’m guilty of blindly casting blame myself.  It’s much easier to throw a newspaper on it, (“It’s the Jews!”) than to explain.  Explaining takes much more time to get to the end of. If you started to explain, do you have all their answers?  How would the other person look at you?  Mouth agape, in shock, perhaps horror?  It’s for this reason, that inspired this. Maybe this is the kind of conversation we really do need to have. Forget the Jewish question, there are Jews on this Earth. That is no question. It is also not all Jews. So that makes this much bigger.  I aim to the largest part of the problem. “Globalism, Zionism, or Elitism”, they all  (in short) are pretty much viewed the same, however I will try to fit the terms to the context. All these ‘ism’s’ represent International power, and money for themselves; while providing, enslavement, and poverty for everyone else.  They all represent supremacy. 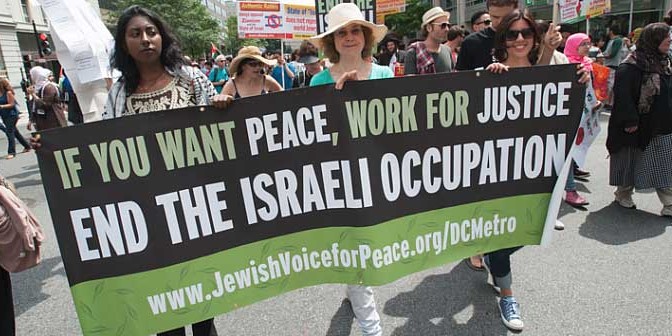 Throughout history powerful families have manipulated the will of the people from all walks of the World. The Rothschild’s, the Rockefeller’s, JP Morgan, etc.  Building mass empires with World wide influence, yet the unfortunate are stuck in a system where they must obey, and do the work in order to survive. Those that shun this system are outcast. The, ‘bums, drifters, hobos’, the ones who are always down on their luck, but really the most free people on the planet. “Elitists” will enrich themselves in the name of charity. Very little goes to those that need the help. Those outcasts are like yesterdays unwanted trash. The rich getting richer. The poor with not a chance in hell of catching up. 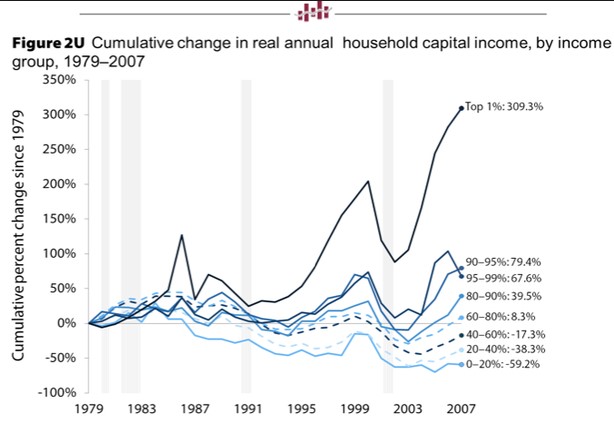 The true net wealth of the Rothschild’s is more of an imaginary figure. Who really knows?  Though some have estimated net worth at more than $500 Trillion. When paper trails in campaign donations lead directly to both the candidates, and the Rothschild’s, how is this not manipulation or influence of Government?  This has occurred on both sides of the aisle.  For example: John McCain (PDF) had the Federal Elections Commission looking into him for donations from Lord Rothschild and Nathaniel Rothschild. Hillary Clinton, like McCain also received plenty of funding from the Rothschild’s as well as the House of Saud.  It is not just individuals it is also organizations, companies, and lobbyists who do the bidding too. The swamp of Washington. The swamp of the World.  These people care less about your freedom, and more about their power. They will topple governments, murder, lie, cheat, and steal. They hide in the shadows, while a patsy or patsies take the blame. Control over the narrative is achieved by the media. If you question this, ask yourself, “Why the bi-polar opposites in our society?” They have created media designed to guide by emotion. We are taught to trust, so we trust blindly. They play off that emotion. Republican, Democrat, there is little difference when it comes to the media. It’s biased. 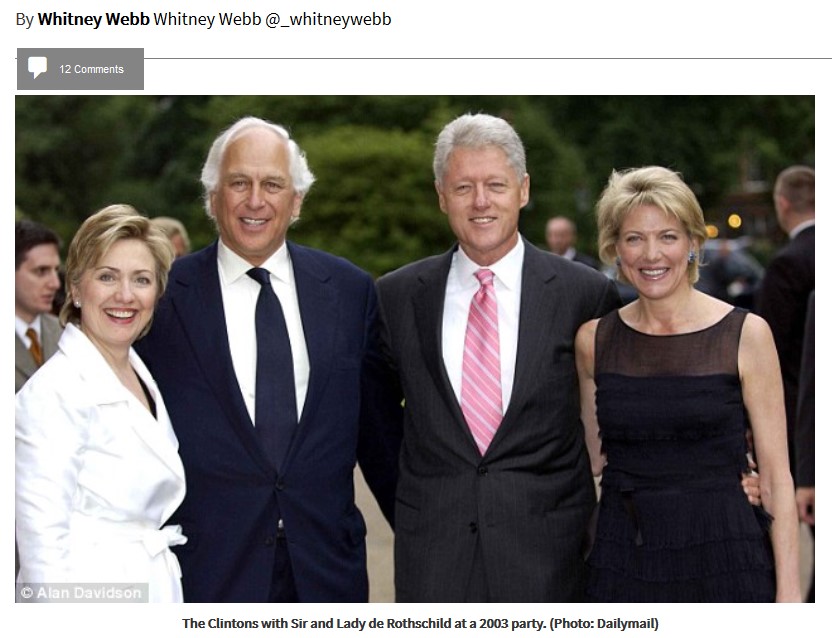 The Jewish lobby is one of the most powerful lobbies in the United States. According to JVL, Jews make up roughly 3% of the US population, yet they have been the most influential force in American Politics. Millions have been dumped into political campaigns to elect a person to Government of the “Elites” will. The “Kingmakers.”  Quite a few in congress had or do have duel citizenship. They are able to influence politics freely in the most powerful country on Earth, while looking out for their own interests far away.

There is also still the ongoing issue with organized crime, which run the drugs, and trafficking.  Organized crime we used to think of, (from Hollywood and TV) as Italian mobsters.  How many of those mobsters are “Elitists”?  Think of a recent high profile murder.  Better yet let us focus on Cities closer to home instead.  Chicago, Detroit, and Los Angeles for example.  As the image below points out, “Chicago’s criminal underworld could not have existed without the blessing of those who controlled municipal, county, and state government.”  Lot of shootings going on in Chicago right now.  Wonder if there is any coincidences?  “In Chicago, 2,619 people have been shot this year. That is 623 fewer than 2017.”  Couldn’t be related.  Or could it?

Think about any horrific event in the past.  President Kennedy for example.  As you research you find Jack Rubenstein (Ruby), Communist powers of the USSR, and Cuba during the Cold War.  Sources of funding.  You will also see a very close connection between the CIA (PDF) and the media (PDF).  As you study you begin to spot the Global force, or “Globalism”.   Suddenly it’s not so hidden any more.  Suddenly it stares you right in the face.  Explore more, see what else you find.  You begin to see the truth.  Pick any negative historical event, and dig deep enough, you will find these “Elitists”.

There is a lot of information out there.  I encourage you to explore, and to learn for yourselves.  I have included plenty of links to sources, I hope they are helpful, and provide a pathway to learning even more. Your mind, use it.

To wrap up, free speech is important.  We have this as a Right in our Constitution for a reason.  Even hate speech is free speech.  So why is a truthful conversation suddenly an enemy?  Why are certain groups protected?  What entitles them this supremacy?  We should be able to have true honest discussion, without awkward moments, or random acts of violence.  After all isn’t that what helps us understand as people?  Isn’t that what helps us discern truth, from the deception of the real supremacy?

Maybe now you can see why this “anti-(insert_ism_here)” exists.